Despite that we wrote about all our cool new pre-orders for the next week, new old acts were added to the drop overnight! A significant handful of classic rock artists are here with shiny represses and reissues to snag before they’re swept off the shelves; these groups are all ones we have customers making bee-lines for in our used section, but if you’re unfamiliar with any of them, I’ll be your guide! 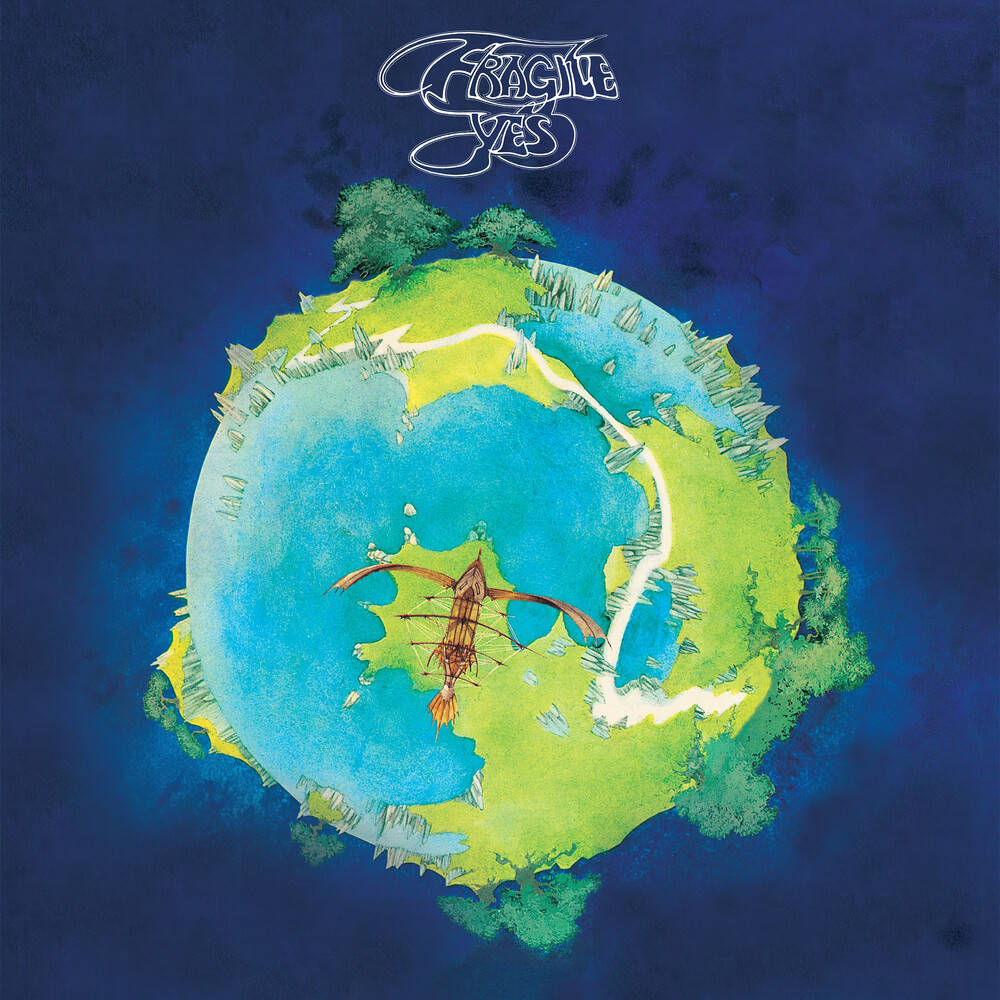 This record surely needs no introduction. Credited as the pinnacle of Yes’ work, “Fragile” is a barrelling freight train that twists and turns and keeps new listeners guessing. Speaking from personal experience, Yes–specifically “Fragile”–is the group that got me into the weird and wonderful world of progressive rock, and I have since been constantly searching for music that is just as strange and innovative to match their work. Tight drum chops, boasting organ, and vocal harmonies that will smack you in the teeth, “Fragile” is not one for those trying to avoid mystical adventure. “Hey, wait,” you may say upon a listen, “Isn’t that one song used in memes now?” Yes, dear listener. Yes. Be you a long-time lover of classic rock, a variant collector, someone looking for new music to give your life some spice, or a Jojo fan, Yes’ reissue of “Fragile” is available for pre-order on sleek transparent wax. 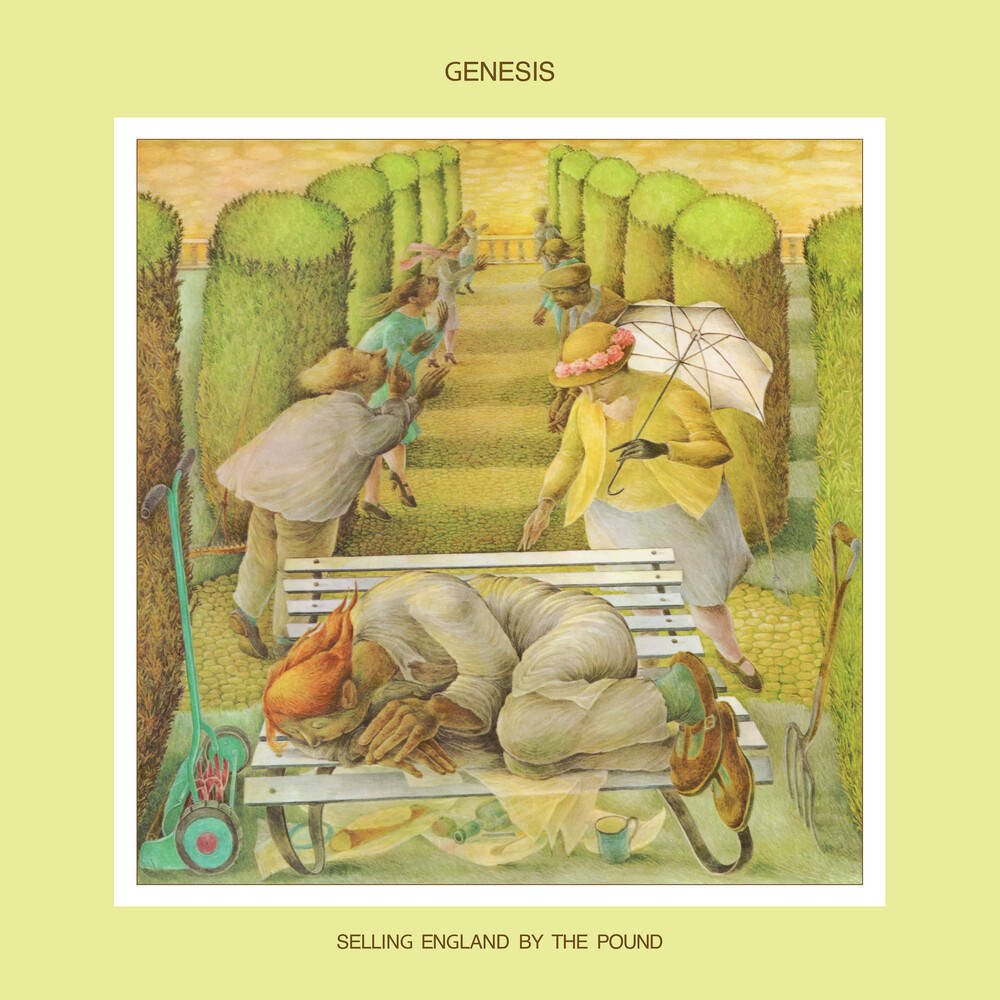 Genesis - “Selling England By The Pound”

Okay, so maybe “Fragile” is a little too exquisite for your taste. No problem! In a similar vein to Yes in terms of conceptualism, harmonizing vocals, and groovy synthesizers, Genesis’ “Selling England by the Pound” may be a better stepping stone for those of you trying to get into iconic genres and artists of the 70s. You might be familiar with the band’s name associated with hit titles like “Invisible Touch,” but, excited to say, this record is not that. Somewhere between Klaatu and the work of Jon Anderson, “Selling England by the Pound” emphasizes the range of all of the band’s members' passions and skills as if they were a sort of diet Emerson, Lake and Palmer. Whether you plan to put it on for the warpy key tones or to read into the lyrics, you can pre-order a brand new repressing of the legendary album now until its release this weekend. 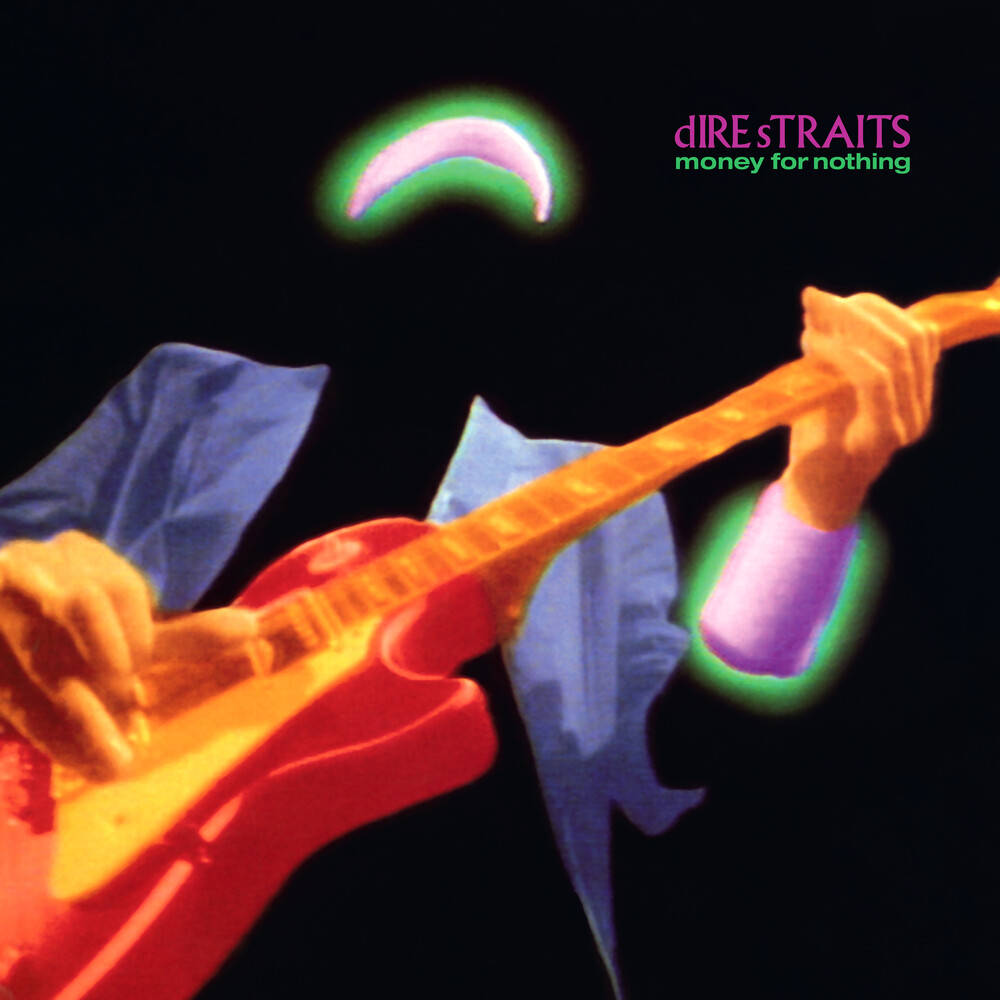 Dire Straits - “Money For Nothing”

Does Dire Straits ring a bell? How about the first few notes of their hit single of the same title as the album? “Money For Nothing” dips its toes and crosses boundaries of blues, rock, and even incorporates sizzling electric elements to completely capture was-contemporary life of the late 80s. This record has its moments that could be compared to that of David Bowie, but a peek into the title song will leave you with whiplash between it and the opening tracks. There’s something about this album that emphasizes a sort of despair towards its era that is to be deciphered. Check it out, as it’s available for pre-order this week.


Taking a moment of personal reflection to interject, it’s such an honor to re-visit, write on, and learn about some of my long-cherished artists and find new favourites in putting this blog together. Truly, thank you for being here and reading along; I sincerely hope you are able to fall in love with new discoveries just like we do so often here at Curious Collections. Music can really change your life if you let it; I know it has, mine. 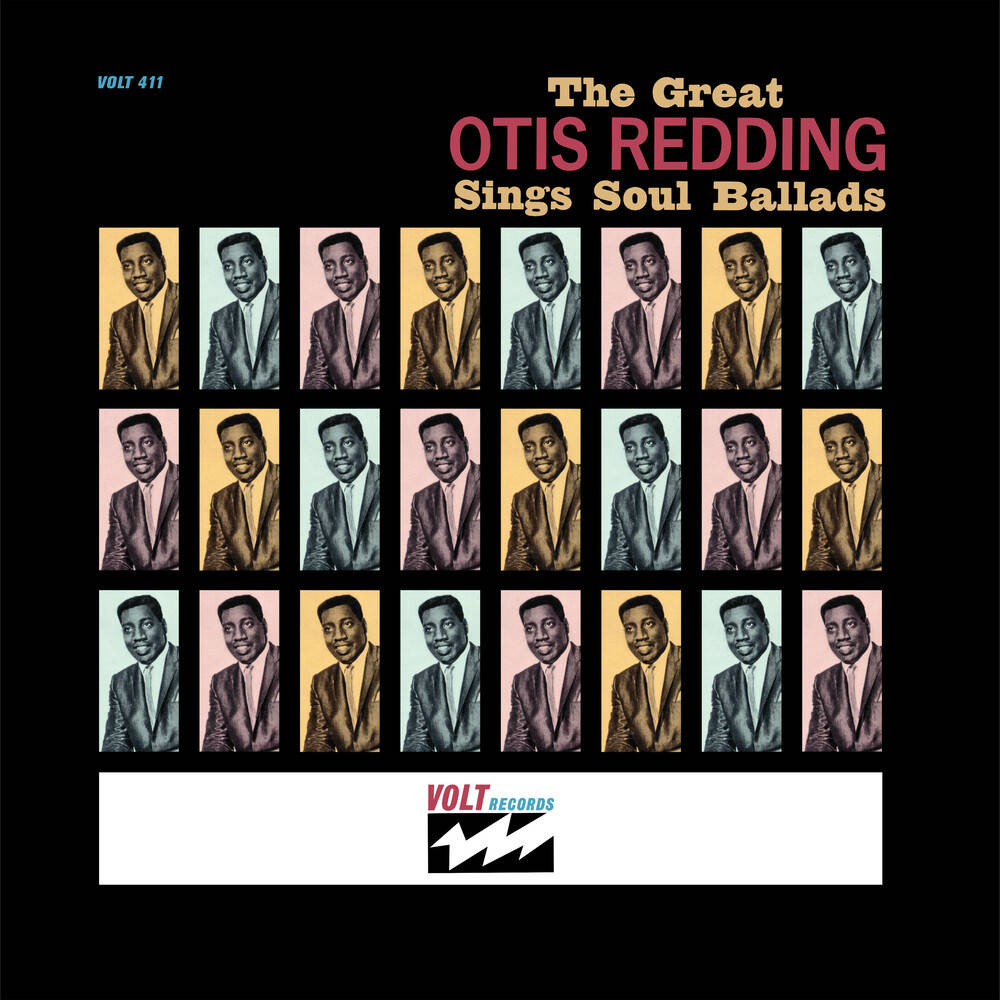 THE ONE AND ONLY! There is almost no voice as single-handedly recognizable as Otis Redding’s. Boisterous and powerful vocals, Redding is a performer who is quick to be adored, and has been credited as “one of the greatest singers of all time” according to several prestigious music magazines and other artists. I first fell in love with Otis' music when I first saw the Monterey Pop Festival of 1968 movie–sandwiched between no one other than The Who and Jimi Hendrix–and this collection of soul ballads is fully capable of doing the same for you! Succumb to absolute adoration be pre-ordering this gem before it hits the shelves. 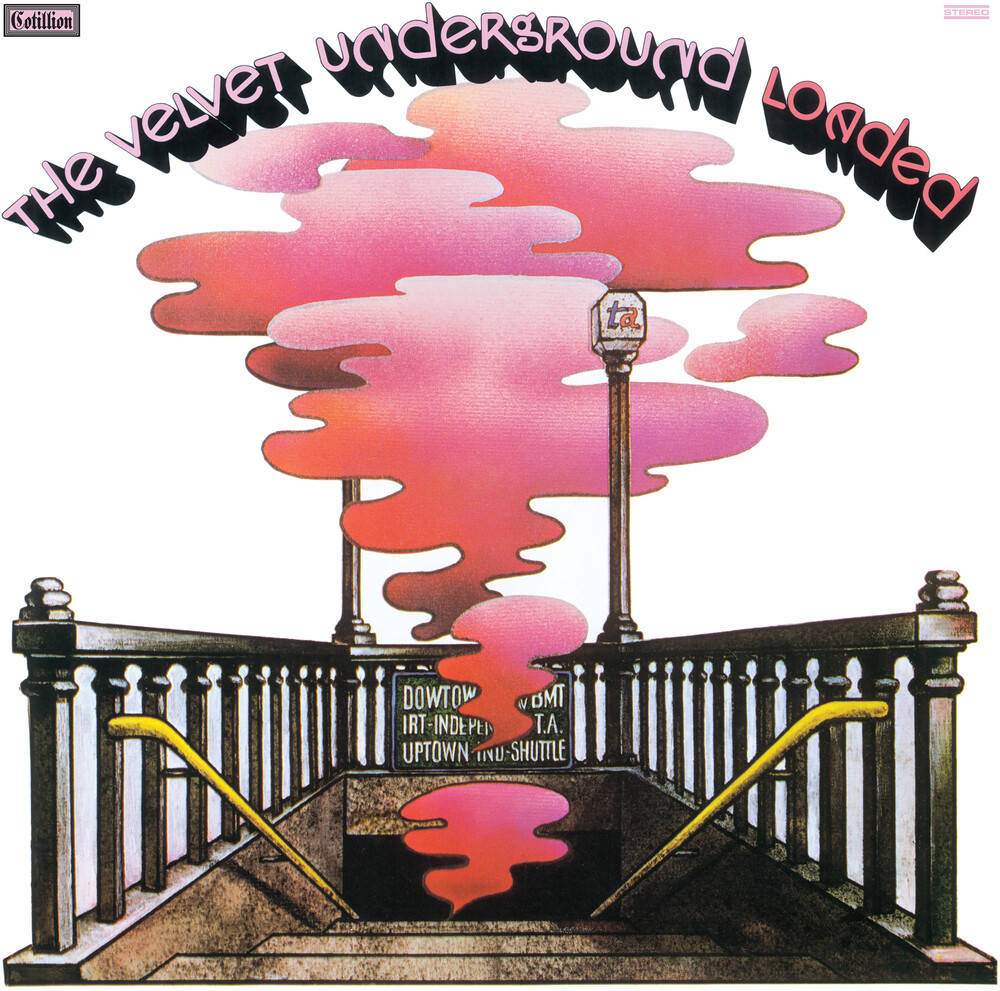 Are kids these days too young to know what “flower power” is? Hah, don’t listen to my commentary, I’m only 23. The Velvet Underground only released five records in their time as a band, one of which only later getting famous with a cult following for the use of Andy Warhol’s art and musical collaboration with German model, Nico, even though those relationships did not last long after the album’s release. A name correlated with the hippy movement of the 60s, this group fits snugly between other psychedelic rock bands of the time like Canned Heat and the Mamas & the Papas; “Loaded” is surely a great collection to summarize The Velvet Underground’s sound. As per this whole blog post, this album is available for pre-order.

While we talked about a good bunch of artists yesterday and a wonderful handful here and now, there are still a few more artists for this week’s pre-orders including ZZ Top, Billy Cobham, John Coltrane, Johnny Thunders, The Ramones, and Warren Zevon. If somehow none of these groups interest ya, never fear! We have pages and pages of pre-purchase options for tons of musicians dating far into the future. Check it out! You may be surprised in who you find! Click the "Next Week" button on the right to browse future weeks.